Fox News, Cuba and the Ideological Changes in the U.S. - CartaCapital 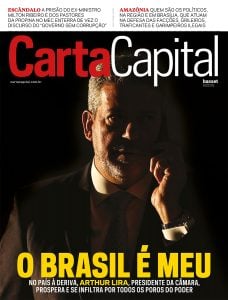 Fox News, Cuba and the Ideological Changes in the U.S.

Fox News, Cuba and the Ideological Changes in the U.S.

That Fox News was the place I could go to argue that the U.S. has no right to interfere in Cuba reflects vital changes

It is extremely difficult to understand the domestic politics of a complex country. That is true even if one lives in that country. If one does not and has never lived or worked there, it is almost impossible except in the rarest of circumstances — where one studies that country in graduate school, visits often, has work that requires an intimate knowledge of it.

It is for that reason — as I have explained before — that I refused to comment on domestic Brazilian politics until I lived in this country for almost a full decade. Even when I was visible in the Brazilian media during the Snowden reporting in 2013 and 2014, I always refused to answer questions about domestic Brazilian politics even though I had lived here, at that point, for eight years.

I had the humility to understand that it takes enormous amounts of time, dedication and immersion before one is competent to judge, analyze and opine on the detailed internal politics of a large and complicated country. It was only in 2016, by which point I had lived here for more than a decade, did I begin to report on Brazilian politics: that was when I began writing in opposition to the impeachment of Dilma Rousseff and then, once that writing found a large Brazilian audience, founded The Intercept Brasil.

It is natural that people around the world have an interest in U.S. politics. It is, after all, the most powerful country on earth. Because of its imperialistic posture and interference in countless countries, what happens in U.S. politics matters to hundreds of millions of non-Americans. But that does not mean it is any easier to develop a sophisticated and accurate understanding of its politics from a distance than it is for, say, an American or German who has never lived in Brazil to understand the detailed development of its internal politics. That, after all, is what the phrase “Brazil is not for amateurs” is intended to express.

To illustrate this difficulty of understanding U.S. politics from afar, I want to highlight an interview I gave on Friday night on the most-watched cable news program in the U.S.: Fox News’ Tucker Carlson Tonight. I went on the show to the dangers I believe are created by the Biden White House to pressure Facebook and other social media companies to censor political content, using various threats to coerce compliance.

To make the argument, I noted that Americans often denounce China for censoring the internet and that both political parties were currently condemning Cuba for limiting internet access in the wake of anti-government protests. Why, I asked, are Americans so eager to condemn internet censorship by U.S. adversaries while tolerating or even cheering it when done in their own country — as many Democrats did in the weeks before the election when Facebook and Twitter united to ban discussions of the reporting on genuine documents raising questions about Joe Biden’s foreign business dealings?

In response to my point, Carlson vehemently condemned Republican members of Congress for spending the week demanding U.S. intervention in Cuba. His argument is one that has become common in the pro-Trump right: the U.S. has no business interfering in the domestic politics of other countries and should, instead, focus on improving the lives of American citizens. That enabled this exchange — the only one I know of that took place on television which adamantly condemned U.S. politicians who were agitating for regime change in Cuba:

CARLSON: [E]ven today idiot Republicans on the hill spent their whole day talking about the lack of freedom in Cuba, & it’s not a free country that’s true, but increasingly neither are we & they don’t seem to notice what’s going on in the country they’re supposed to be running, and they’re spending all this time focused on this Caribbean nation not central to our interests….

GREENWALD: Yeah, I thought the whole point of the Make-America-Great-Again (MAGA)/America-First foreign policy as articulated by Donald Trump and his allies in Congress was: we shouldn’t be fixing other countries, but instead be focusing on our own country.

CARLSON: Yeah, I thought so, too.

GREENWALD: It’s very easy to talk about censorship in Beijing or Havana but what about right in front of your noses, down the street at [the White House]?

It is hard to overstate how rare a conversation like this is for the U.S. media. For seven decades, both Democrats and Republicans have insisted that it is not only the right but the duty of the U.S. to try to change the government of Cuba. The Democratic president John Kennedy authorized the failed invasion of Cuba in 1961 for that purpose. And little has changed.

While former President Barack Obama did lift some restrictions on Cuba (ones reinstated by Trump and thus far left in place by Biden), the decades-old embargo and blockade on Cuba remains with little chance of being lifted because few people are willing to argue what Carlson argued in that segment: that it is not the business of the U.S. how Cubans govern themselves. Even the left-wing Congresswoman Alexandria Ocasio-Cortez, while condemning the U.S. embargo, first denounced the Cuban government, accused it of repression, and expressed solidarity with the anti-government protesters:

We are seeing Cubans rise up and protest for their rights like never before. We stand in solidarity with them, and we condemn the anti-democratic actions led by President Diaz-Canel. The suppression of the media, speech and protest are all gross violations of civil rights.

Why was Fox News the only major news outlet willing to air the view that the U.S. has no role and no business trying to interfere in the internal affairs of Cuba? Why was Tucker Carlson view on Cuba seemingly more anti-imperialist than even AOC’s? The reasons are complex and ones that will not be understood if one has always lived outside the U.S. and whose knowledge of its politics comes from reading a few New York Times articles, watching some CNN segments, and following a few progressive reporters on Twitter from Vox and Vice — any more than an American would be able to opine accurately on the affairs of Brazil because they watch a few Globo News panels with Gerson Camarotti, read a couple of Eliane Cantanhede columns in Estadao, and follow Vera Magalhães and Lauro Jardim on Twitter. Imagine how arrogant an American would appear to a Brazilian if they were constantly opining on the details of internal Brazilian politics with no real connection to Brazil other than such superficial sources.

Traditional ideological divisions in the U.S. have become scrambled as a result of the Trump years. When Trump ran against establishment GOP candidates in 2016 to become the GOP nominee, he ran in opposition to standard Republican Reagan-era economic policy and especially Bush/Cheney-era foreign policy. He denounced attempts to cut social programs for the retired and the poor, and particularly expressed scorn for the regime change wars in Iraq, Syria and Libya.

Like most politicians, Trump did not always govern in accordance with those views — he cut taxes on corporations and increased bombing against ISIS — but in some instances he adhered to that ideological transformation: becoming, for instance, the first U.S. president in many decades not to start any new wars. And the rhetoric itself, even if violated in action, changed the discourse in many right-wing circles — as evidenced by the willingness of Tucker Carlson, and he alone, to denounce any efforts by the U.S. to engineer regime change in Cuba. The Trump years had the same effect on the Democrats but in reverse: they often criticized Trump for not being confrontational enough with Russia and demanded that he do more to bomb Syria and destabilize the Assad government.

These are subtle but vital changes. They are not visible from afar. But they are very real. It is always easier to confine yourself to speaking only with media outlets and people whose ideology is the same as yours. But if your priority is to bring about positive change rather than posturing or improving your social media standing, recognizing these opportunities and ideological shifts, and attempting to seize on them to build coalitions, is vital and necessary.

That Fox News was the place I could go — the only mainstream media outlet — to argue that the U.S. has no right to interfere in Cuba reflects vital changes in how partisan identity and ideological divisions are shifting in the U.S. It is easy to deny this or condemn efforts to build on it if one does not understand these subtle developments. That is why humility and caution are necessary before forming definitive judgments about the politics of a complex, distant country in which one has never lived or worked. The crude, simplistic outlines provided by mainstream media outlets often mislead rather than inform.